After two hundred years of contamination, Earth is fertile again and so it seems, are the MUTANT HUMANOIDS. They can give birth, leave their windowless compounds, cultivate the land and build independent dwellings. Their leader, ATHENE, does her best to help with this transition, but power-hungry HERACLES and war-like DURGA have their own agendas. Athene plans a big event to display the talents and creativity of her subjects. But could this be the opportunity for her challengers to stage a takeover?

MICHAEL COURT, once a mutant humanoid known as MERCURY, now lives as a COMPLETE on the manmade satellite, OASIS. Determined to work towards good relations between mutants and completes, Michael is thwarted by the devious politician, ORLANDO WOLFE. When Michael learns that his childhood friend, ISIS, is pregnant he makes it his business to make sure that the baby is safe, but Wolfe has other ideas.

Set in the not too distant future, EVOLUTION, the second book in The Oasis Series, continues the story of the mutant humanoids and completes on Earth and Oasis. In a humorous reflection of our own society, we watch them vie with each other for power, fight prejudice and injustice and look to culture and creativity to enrich their lives. 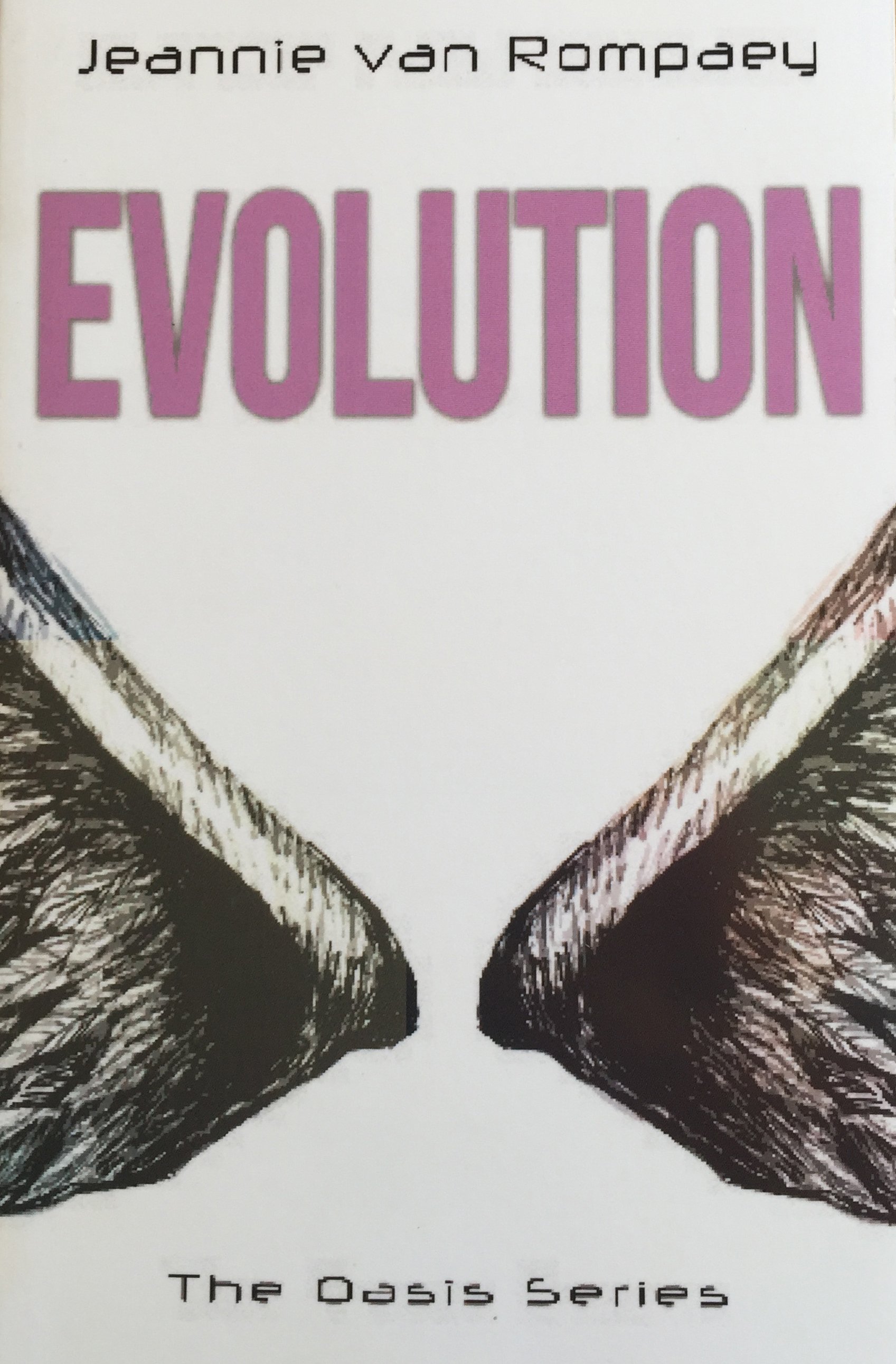