Why I enjoy writing dystopian fiction

Announcement: the first two books of The Oasis Series, Ascension and Evolution, published by Clink Street are available from 12th April, 2016 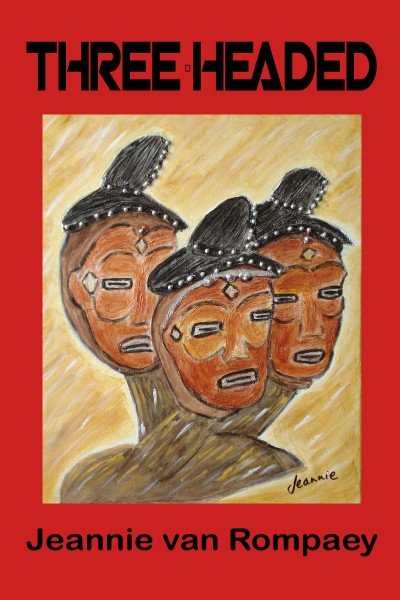 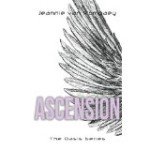 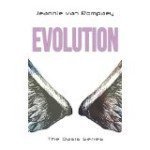 If utopian literature depicts an alternate ideal world, the dystopian offers a negative view, that of an alternate, unpleasant, often repressive society. Both genres come from the same literary tradition and many works combine elements of both the utopia and the dystopia. My novels in The Oasis series are no exception as idealists and power-seeking characters vie with each other in a possible future world.

It’s fun to write in this genre. Think about it. You have an empty page, a new world to create and new characters to inhabit it. No one can say that the world you’ve invented is impossible because this place, this situation and these quirky characters are set in a future that no one else knows. Yet.

I like to think I’m a part of a group of inventive visionary writers. I love the idea that my writing is a continuation of this tradition of speculative literature. The genre of utopian literature has a long history. More than 400 utopian works were published prior to the year 1900 and well over a thousand more during the twentieth century and the twenty-first century so far. Here are a few examples of the work of writers who have written in this genre, spanning several centuries. Plato’s The Republic ( 370-360) is an example of a utopian work from antiquity in which he outlines what he believes would be the ideal society and its political system. The word utopia was first coined by Sir Thomas More in Utopia (1516) in which he sets out his vision of an ideal society. As the word utopia resembles the Greek words for “no place” and “good place” it is not surprising that this work presents an ambiguous and ironic projection of an ideal state, a trend that has been taken up by other writers. Jonathan Swift’s Gulliver’s Travels (1726) is preoccupied with ideas of good and bad society. A later work, Samuel Butler’s Erewhon (1812) actually uses an anagram of “nowhere” as its title and is more dystopia than utopia. In 1915 came the feminist utopia, Herland, but from the 1900s onwards literature appears to have been more interested in providing representations of dystopian states rather than utopian ones, a reflection on writers’ growing disillusion with Western contemporary society, perhaps. Consider the irony implicit in the title and content of Aldous Huxley’s Brave New World (1932) and H.G Wells’s gloomy prognosis in 1984, published in 1948. In the 1960s and 70s   came a plethora of dystopias, many of which were made into films, including Logan’s Run (1967) Make Room! Make Room! (1966), renamed Soylent Green, and Philip K. Dick’s Do Androids Dream of Elecitric Sheep? J.G. Ballard’s High Rise (1975) has recently been made into a film and has kept the seventies setting. More up to date examples of novels in this genre include the chilling The Handmaid’s Tale by Margaret Atwood (1985) and her later thought-provoking trilogy, Onyx and Crake (2003) The Year of the Flood (2009) and MaddAddam (2013). Kazuo Ishiguro’s Never let Me Go (2005) gives us another terrifying possible future world. Add to this the popular Hunger Games trilogy by Suzanne Collins (2008- 2010) and you have some idea of the popularity of this genre. My choices, a few from each decade show the scope of the genre. (A more complete list of utopian and dystopian literature can be found on Wikipedia). No wonder I want to add my name and work to this prestigious group.

One definition of utopian and dystopian fiction is that it explores social and political structures I read the newspapers, watch the news on TV and think – what sort of world am I living in? The activist in me seeks change. What can I possibly achieve? And how? Not by being a politician but by using my skills as a writer. The time-old power of words. I’ll invent my own perfect state. Or an imperfect one. That would be more realistic. A dystopian story can highlight what is wrong with our society and create a desire for change in the reader. Whether we really have the answers to the present problems in our society is a different matter. But I can explore the possibilities through writing and this excites me.

It’s good to look at our world from a different perspective. By placing my imaginary world in the future I can look at our current world from a different perspective. As Keith M. Booker notes, “ dystopian fiction is used to provide fresh perspectives on problematic and political practices that might otherwise be taken for granted or considered natural and inevitable.” For example, when my novel, Ascension, begins, it describes an Earth two hundred years into the future. Some of its inhabitants, mutant humanoids, have developed extra limbs or heads or only have one eye. They tend to move awkwardly and speak jerkily. They are shut up in windowless compounds and don’t venture outside for fear of further contamination from the plague that caused the mutations. But what is this plague that has caused these mutations and the Earth to be barren? Did it occur because we didn’t take enough care of our planet? Instead of writing a political non-fiction book, I can weave these ideas into a story and let my readers make the connection themselves. The last thing I want to be is didactic and preachy. Oh, the power of fiction.

Creating a different world is a freeing activity. It stretches my powers of invention, allowing me to use my imagination to the full. As well as Earth there is another world in my novels: a manmade satellite called Oasis. It was created as a utopian state by privileged people without mutations called completes. It quite quickly falls short of its ideals because its benefits are restricted to this elite class of humans. Those who fail to conform are confined to the projects and subjected to harsh rules, suggesting a police state. Sounds familiar? When some mutant humanoids are imported to do the jobs the completes do not care to do, guess where they end up? Yes, in the projects along with other so-called failures. I hope the parallel with our world is clear without spelling it out.

I find it stimulating that there is a connection between writing, painting and dreams. Writing in this genre overlaps with other creative work, in my case painting. The character of three-headed Ra in Ascension was inspired by my painting of a man with three heads that hangs over my desk. Where did he come from? From my dreams no doubt where so many fantasy images emerge. How exciting it is that characters can come from dreams, through the paintbrush to people my novels. This connection of two medias, art and writing often inform each other especially when writing speculative fiction..

My work is character led rather than plot led. Writing in this genre gives me the opportunity to produce some eccentric characters, but they do respond to change and develop as their way of living changes. When the mutant humanoids find that it is safe to leave their compounds each responds differently. Ambitious Heracles, wants to build a city and a tower to demonstrate his power; some crave a more rural life, while others prefer to stay in the compound and continue living in a community. These odd, endearing characters are the mainstay of the books and the genre of the dystopia has given me the freedom to create them.

I believe in optimistic but realistic outcomes Many dystopias are gloomy and pessimistic and although setbacks and even tragedies do occur in The Oasis Series – every story needs conflict – I keep my characters resilient, upbeat and amusing. It’s important to me to make the ending of each novel an optimistic one. The way I manage this is by having a protagonist, Mercury, who is an idealist. He’s determined to create a world as utopian as possible. Mercury’s a positive character. Although he gets angry sometimes and suffers disappointments, his hope for a better future never flags. The third novel in the series, in the process of being written, is to be called Renaissance which should indicate that this optimism for the future continues. .

Metaphor and symbol are features of dystopian novels that are fascinating to employ. Theses images ensure that situations can be explored as part of the plot. Earth and the compounds can be viewed as a prison, Oasis a symbol of success and the projects can be seen as a metaphor for the way we treat each other. The plague that is mentioned could be seen as a metaphor for the lack of care we have taken with our planet. The irony implicit in these rather simplistic interpretations I’ve given here demonstrates the danger of spelling out the meaning of literary devices. Try to explain what a metaphor signifies and it will disintegrate. Better to let the images remain ambiguous and allow the reader to interpret these images. I believe that the use of metaphors and symbols as integral parts of the story enriches the text and the imagination of both writer and reader.

Writing is a product of the society we live in. I believe, like Karl Marx, that both the content and the form in which books are written are products of the world we live in. But that doesn’t mean that we have to write a realistic story that reflects our day-to-day habits and thoughts. How much more exhilarating to write in a genre in which we can use our powers of invention to the full and bring to life characters and images that distance us from the mundane and yet comment on it. Let’s raise a glass and drink to dystopian fiction.

Aiweiwei A Personal View An interview